Does God’s Word teach that it is okay to drink?  Churches and fellow Christians have divided over this question.  Saying it is a hot topic is putting it mildly.  I would not be surprised if well over 50% of Christians believed it would be okay to have an occasional drink. 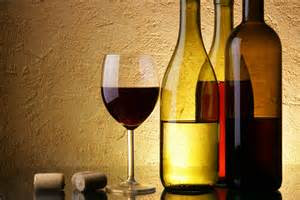 Where do many believers get the idea that God has no problem with drinking?  1 - Jesus’ example.  “If Jesus drank then it is okay for me too.”  2 - The use of the word “wine” in the Bible.  It is shown in a positive light in various passages.  3 - The absence of a statement condemning drinking (aside from drunkenness).

I oppose the teaching that God permits us to drink.  Here are my reasons.  1 – The use of the word “wine” in the Bible.  It does not always refer to alcohol.  The meaning can refer to both, fermented or unfermented.  This is according to the secular and biblical usages of the word in Greek and Hebrew, Latin and old English definitions.  Biblical context often determines if wine is defined as simple grape juice or alcohol.  2 – Ancient biblical culture’s making of wine.  It was a common practice to mix water into the wine to dilute its alcohol potency.  At the least people drank grape juice, and at the most, a non-alcoholic beverage.  3 – Common sense.  When we say the only rule is not getting drunk, it leads to some odd conclusions.  This means bottoms up for all alcoholic beverages beyond wine such as beer, vodka and whiskey.  This means no limits on how often, just how much.  This means, as long as we do not cross that line, God has no problem with the long-term health effects of alcohol.

In the midst of my opposition let me also state that I do not believe God views drinking as a sin.  The Bible clearly lays out drunkenness as a sin, not the same with drinking.  There is no “Thou shalt not drink.”  Like many subjects in the arena of Christian living it often comes down to biblical wisdom and our personal motives.

Let me ask you an honest question?  When you pick up that glass of wine, beer or shot of whiskey what is your motive?  Are you drinking because of the flavor, you are plain thirsty or you want the effect of alcohol?  Experts say that after 1 to 3 drinks (or shots) the alcohol begins to have some effect with feelings of relaxation. Sometimes that is our intent, just to relax.  That is a dangerous place to be with alcohol at our side.  Jesus said, “The thief comes only to steal and kill and destroy.  I came that they may have life and have it abundantly” (John 10:10). That thief can be alcohol and it starts with one casual drink.  Turn to Jesus and instead of seeking relaxation, seek His abundant life.  May Jesus be your hope for today.
No comments: Links to this post