The Weakness of Power

President Abraham Lincoln once said, “Nearly all men can stand adversity, but if you want to test a man's character, give him power.”  No matter if someone is a leading political official, the top of a successful company, or even a parent they all have something in common.  Their position comes with power. 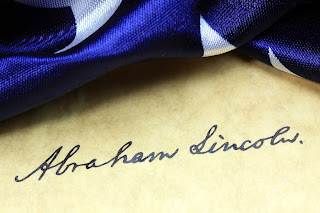 The need for responsible management of power is essential because it is in our human nature to use it for personal gain, and that is when self-preserving actions are taken to assert and retain it.  In the short term, these moves may bring success, however, in the long term they will bring destruction.

These scheming efforts result from a poisonous cocktail all power-hungry people drink. It is a potent mixture of pride, arrogance and selfishness along with a shot of greed.  Interestingly though, rather than securing their position with power moves, over time, it weakens it so what they have built will mercilessly be ripped from their fingers in embarrassment and shame.

There is an example of someone who did lead that way – Jesus.  In three years, He rose from an obscure carpenter to one of the most powerful and influential figures of His day.  Today, nearly 2,000 years later, His name is known worldwide and the movement He started, Christianity, numbers in the billions of followers.

Jesus made a startling statement that reveals His unique style of leadership, “For even the Son of Man [Jesus] came not to be served but to serve, and to give his life as a ransom for many” (Mark 10:45).

What would happen to our world if people in positions of power led in the example of Jesus?  Imagine the difference it would make.  May those with great power exercise great responsibility.  May leaders choose to humble themselves before the King of Kings and Lord of Lords, calling upon Him to change their hearts and thereby change the culture of the family, organization or nation they lead.
No comments: Links to this post